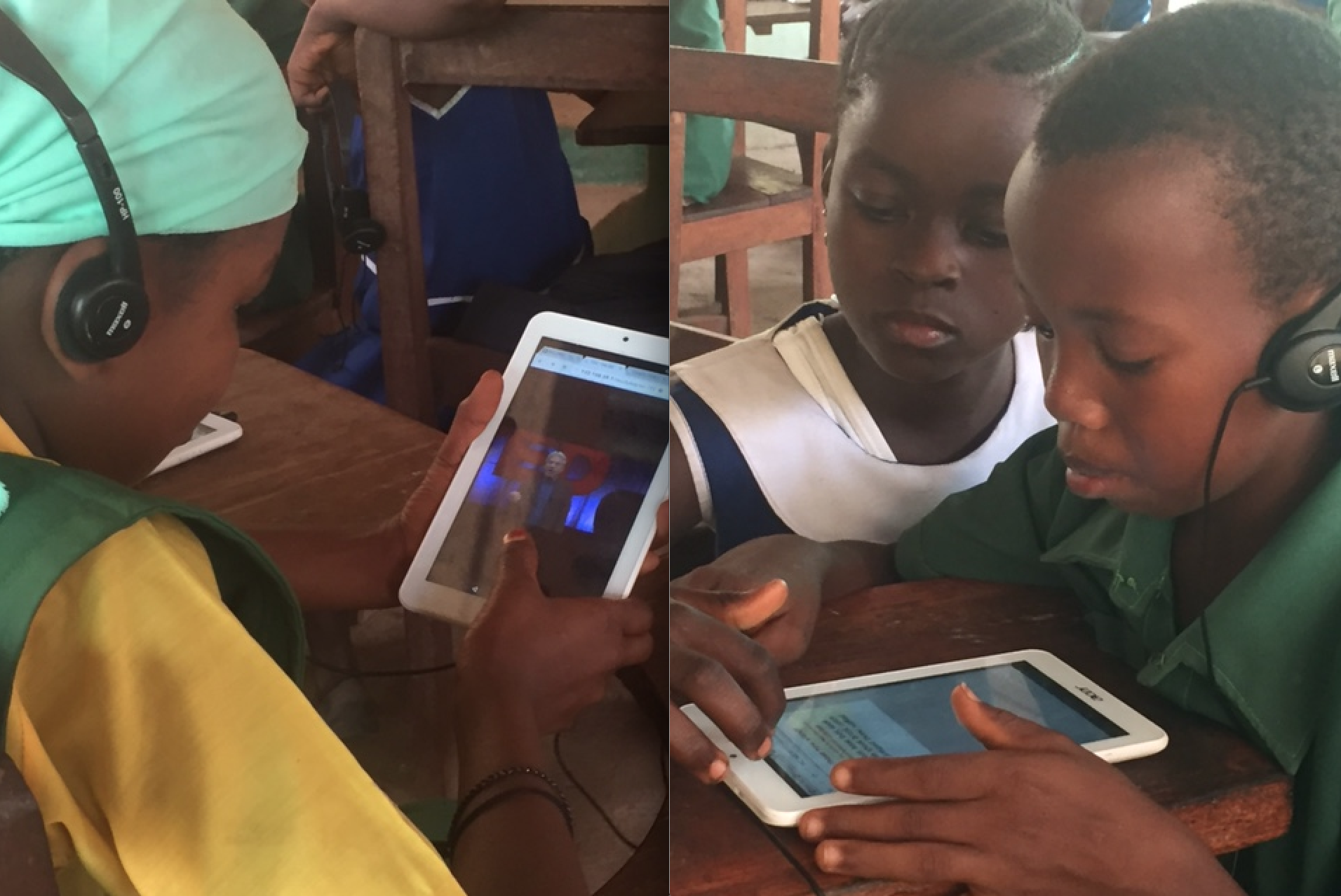 We have worked with multiple partners to implement the Mobile Learning Lab (MLL) in a way that meets local needs and contexts. The key functionality of the MLL is that it operates offline to provide curated learning materials to children and communities in areas without an Internet connection.

How we developed the Mobile Learning Lab

November 2013: In the first phase of the project, we downloaded an offline version of Khan Academy – KA Lite – onto 15 USB keys to be used on the computers at CAUSE Canada’s Integrated Learning Centre in Koinadugu, Sierra Leone. The 60 girls participating in the project were already part of a peer literacy program and had very basic computer skills.

The girls initially had access to KA Lite for two sessions over two weekends for three hours each time. They were able to teach themselves how to access and use the program. The students continued to use KA Lite as a math tutorial independently to supplement classroom learning and to help with homework. After three months, the girls were keen to access additional subjects like science and business.

February 2014: We switched from USB keys to Raspberry Pi devices to deliver KA Lite. The Raspberry Pi – a small hard drive costing $150 USD – was a more robust and effective way to deliver the program. World Possible, a California-based non-profit, developed the Remote Area Community Hotspot for Education and Learning, or RACHEL, using Raspberry Pi technology. This unit now forms the heart of the Mobile Learning Lab. We set up a RACHEL-Pi as a server for 15 computers at CAUSE Canada’s Integrated Learning Centre and we sent two more to be used independently.

April 2014: The second phase of the project began with the intention of further assessing the effectiveness of KA Lite. Children from four schools in grades 5, 8 and 12 were split up into a control group and user group. The idea was to compare results in national exams, which are normally taken in grades 6, 9 and 13. We also wanted to undertake qualitative surveys to assess any increase in confidence, and possible changes in the children’s views on the importance of education. The children had access to CAUSE Canada’s Integrated Learning Centre for two hours per week.

Unfortunately, the Ebola crisis and resulting school closures interrupted the program. Instead, CAUSE Canada implemented a mobile lab with 10 to 15 laptops, again using the RACHEL-Pi, to give the children access to math tutorials. This proved to be hugely popular with students and parents, as well as community leaders

Blogs about the pilot project in Sierra Leone

Using Technology to Break Down Barriers to Education

How I Carried 100,000 Books from Montreal to Sierra Leone

Notes from Sierra Leone: Setting up the Mobile Learning Lab