2015 is the target year for the completion of the Millennium Development Goals set in 2000. Where are we? Have we met the goals? Are we on target? What happens next?Join us for a revealing conversation with Bev Carrick about education in the developing world and how it has progressed in the last 15 years. Insights into our past projects and the challenges we may face in the future will also be discussed.Our keynote speaker, Bev Carrick, co-founder of CAUSE Canada, will discuss her foundation’s work in Sierra Leone over the past 25 years. She will also speak about girls’ education, as well as the two phases of our pilot project on self-directed computer-based learning in the community of Kabala. Bev will be joined by a member of the UNESCO Institute for Statistics (UIS) team, based in Montreal, who will help us understand the reality and nuances behind world education statistics. These statistics enable us to target our investments in girls’ education and select projects in areas that will have the greatest impact for the largest number of students.We look forward to seeing you at this annual event and we hope that you will bring a friend! With less than 1% administrative costs, 60 million girls relies on our network of supporters – and new friends – in order to invest in the most transformative education programs for girls.Please mark down the date on your calendar!

60 million girls at the Museum
By Manuela Clément-Frencia

60 million girls is pleased to announce that the Montreal Museum of Fine Arts will be hosting a photographic exhibition on girls’ education from October 23 to November 23, 2014. 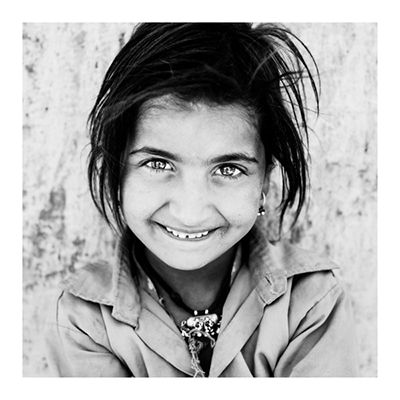 This exhibition will present the portraits and stories of young girls who were met in the course of visits to the projects sponsored by 60 million girls in the Kakuma refugee camp in Kenya, and in the communities of Kamoda in India and Wuchale in Ethiopia.

The objective of the exhibition is to pay tribute to these young girls, who are true heroines in their daily lives. Their personal experiences highlight the determination and confidence that motivate them to succeed and to change their destiny – a fate that often seems preordained. The portraits capture the very essence of each young girl, as well as her dignity.

Both artistic and educational, this exhibition aims to raise awareness of the importance of education as a means of empowerment for young girls and as an instrument of change for the community as a whole.

The exhibition is the culmination of a photojournalistic project that was undertaken, on a volunteer basis, by Dominique Cabrelli, Arvind Eyunni, Jean-François Lemire and myself.

60 million girls would like to thank the Montreal Museum of Fine Arts for providing this invaluable opportunity to present the Foundation’s projects through this photographic exhibition.

We are delighted to announce that Stephanie Nolen, the well-known writer and journalist, will be our keynote speaker at our Vancouver conference on November 9th. Ms Nolen is currently the Latin America bureau chief for The Globe and Mail and lives in Rio de Janeiro. Ms Nolen spent five years in India and, before that, another five years in Africa. She is also the renowned author of 28: Stories of AIDS in Africa, a book that puts a human face on HIV/AIDS. The details of the conference will be announced soon.

Making a difference
By Natalie Karneef

I keep thinking about that starfish story. You know the one? About the man who, while wandering along a beach, finds a boy throwing starfish into the ocean. The man asks the boy what he’s doing, and the boy explains that he’s trying to save the starfish that have been washed up on shore and are dying from lack of oxygen. The man points out that there are thousands of starfish on this beach, and hundreds of beaches just like it. He tells the boy he’s not going to make any difference. The boy picks up another starfish, throws it back in the water, and says, “I made a huge difference to that one!”
When 60 million girls decided to support a project with the Nyaka AIDS Orphans Project in 2012, its founder, Jackson Kaguri, spoke at our annual conference that year. I never forgot the stories he shared and, two years later, couldn’t ignore my need to stop living for myself and do something to help. I was concerned about volunteering abroad though – I worried that, as someone with no medical, health or teacher training, I wouldn’t be of any use. Wanda, our president, recommended I get in touch with Jackson and, after a half-hour phone call, in which he explained that, as a writer and media person, I had skills that were very much needed at Nyaka, I was sold.I’ve been to a developing country before, but it’s so easy to forget how incredibly easy we have it in the West. Arriving in Kambuga, I seesawed between trying to cope with what I know now was intense culture shock, and waking up to how difficult life is for people here. It was overwhelming at first, and I really did wonder, for a few days, if there was any point in my being here at all.

Then I began to work with some of the secondary school kids, teaching them about blogging and writing. I helped them to tell their stories, and each connection I made touched me to the core, and helped me keep going when things got lonely, which they still do. I met a boy who dreams of being a filmmaker, a girl who wants to be a journalist, and was able to give advice and guidance to both. I taught kids about the Internet, which many have little or no access to, and documentary filmmaking, and the importance of media and communicating. I helped edit blog posts written by kids who’d lost one or both parents to AIDS, who want nothing more than to get educated so they can live a better life, but who are up against so many obstacles, caused by ignorance and lack of funds.If you consider how many people on this earth need help, I’m not making any discernible difference at all. But when 17-year-old teenagers tell you that meeting you has changed their life and given them vision, you know that not only have you made a huge difference to them, but that they will likely go on and make a difference for others. Goodness spreads. Not only that, I’m getting to see, firsthand, the enormous, incalculable difference organizations like 60 million girls, and their partners, are making in people’s lives. Education is the most sustainable, most important and most valuable commodity a person, family, community and country can have, on every level. I’m seeing the effects of sex education, reading, writing, and simply having the support and encouragement to stay in school, in a society where many elders still don’t understand the importance of education. One Nyaka graduate told me about how, after he lost his mother, he was headed to become a herder of other people’s cattle. Now, at 19, he’s on a path to medical school. He says he plans to help people who can’t afford healthcare.The power of education, and of help, is exponential. Jackson and the school, and the communities it affects, are making waves that are reaching further and further. Jackson is a hero to the kids, and they want to be heroes to others. It’s a cycle that will only grow stronger with time, and I’m honoured to have been a small part of it. 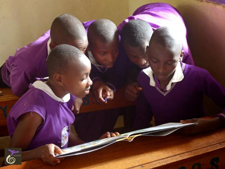 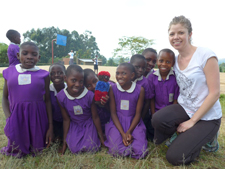 A fundraiser for wine lovers
By Lesley StewartJeannette Janzen and François Richard are passionate supporters of education and of 60 million girls. They strongly believe that inadequate quality education for girls is one of the root causes of poverty in the developing world. When offered the opportunity to support the Foundation, they invited friends and colleagues to contribute to us and all the while enjoy a VIP evening at the Salon Cocktails, Bières Importées et Vins d’Été at Place Forzani in Laval on February 28th. The evening was a great success and Jeannette and François were joined by many friends. At the end of the event, both spoke eloquently about the mission and the work of 60 million girls. Their generosity and that of their friends will help us support our two projects in Kenya and Afghanistan.

Small and targeted
By Lesley Stewart

In a recent article of The Globe and Mail, Christopher Ragan, an associate professor of economics at McGill University and a Research Fellow at the C.D. Howe Institute, wrote about Canada’s commitment to foreign aid (0.3% of GDP) and its efficacy in moving developing countries out of poverty. There is a debate over how to approach foreign aid development. William Easterly believes that there is a constructive role for small, targeted projects that are both simple to implement and easy to evaluate. However, if there is a difference of opinion on how to spend the money, there is general agreement on where to spend it: investing in girls and women.Mr. Ragan cites 60 million girls as a case in point. Our small foundation targets girls’ education, carefully screens prospective partners and their projects and, once the selection process has been completed, ensures that there is an assessment of the projects’ performance. The Foundation, completely manned by enthusiastic volunteers, spends only 1% of its budget on administration costs. Mr. Ragan sums up his article with these thoughts:[…] if Mr. Easterly is correct that small and targeted projects are the most effective way to promote economic development, then maybe we should see the work of groups such as 60 million girls as a superior alternative. This is charity at its best.