Projects and Successes in Educating Girls

Projects and Successes in Educating Girls

It is project selection time at the 60 million girls Foundation. Choosing new projects for the upcoming year is always exciting, and we work hard to ensure that our investment will have the most meaningful possible impact with the resources that you ­­­– our supporters – so generously donate.

Our mission is to support girls’ education in developing countries by investing in two major educational projects annually in places wit the greatest gender disparity in school enrollment. Our goal is to raise at least $200,000 a year.

The successes of the 60 million girls Foundation show the important impact we’ve had on children around the world, especially girls. Over the years, we have chosen projects to support some of the world’s most vulnerable children: poor, rural girls, children caught up in conflict situations, handicapped children, and AIDS orphans.

Feel free to have a look at our website for past projects details, www.60milliongirls.org.

We keep administration costs at an absolute minimum: as a volunteer-run organization with no overhead, salaries, or paid advertising, 99% of our funds go directly to the children in our selected projects.

While we raise the funds to make these projects possible, our partners, registered Canadian charities, carry out the legwork and implement the plans on the ground. Choosing the right partner is critical and we work hard to ensure an appropriate fit to satisfy our mission. In the past, we have partnered with charity leaders such as the Stephen Lewis Foundation, Free The Children, CARE Canada and World University Service of Canada (WUSC) among others. They have a proven track record of working toward lasting change for girls in developing countries.

We have had many successes over the years in reaching the children who need help the most, but we wanted to point out some of the achievements of which we are most proud: 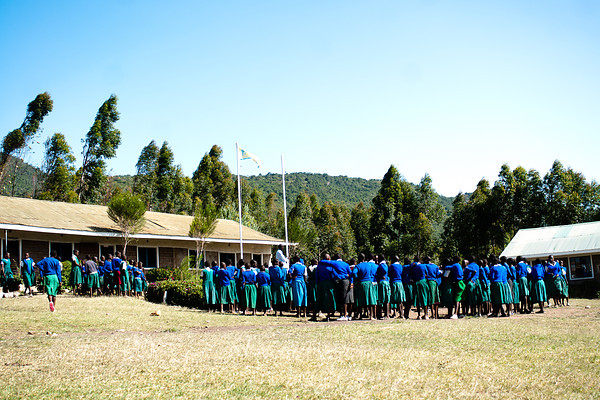 All of our projects aim to address the root barriers to girls’ access to education. We want to engage with the local communities to create the conditions necessary to allow girls to go to school. For example, as girls in the Maasai Mara in Kenya are most often responsible for getting water for the family and for looking after younger siblings, in our 2007 project with Free The Children, a water pump was installed in the school area to allow the girls to bring home water after school. A daycare centre enabled girls to drop off their younger siblings while they attended school. Finally, we put in latrines for better hygiene, and to assuage parents’ concern about co-ed facilities.

Last year, while working with CARE Canada to create a safe learning environment for girls in Afghanistan’s Khost province, the communities agreed to help ensure the security and protection of the school building during and after the construction process.

This community-driven approach is intended to secure social acceptance and support for girls’ education in both the short and long terms and is key to our overall approach to choosing appropriate projects.

The international community has made tremendous progress in getting more children in school, reducing the number of out-of-school primary-aged children from over 100 million in 2000 to 58 million in 2012. The number of out-of-school girls of primary school age has almost –halved from 60 million to 31 million, and overall, we are closer to equality in net primary school enrollment for girls and boys. This upward trajectory in school enrollment, however, tapered off around 2007. Moreover, the overall equality in school enrollment belies regional particularities.

Over half of all out-of-school children live in sub-Saharan Africa where rapid population growth has made it difficult to build enough schools and recruit qualified teachers. This region also has a much higher proportion of out-of-school girls at almost 60% of the total.

Also, while more children are in school, are they learning? The lack of qualified teachers means that some kids may not be getting the instruction that they need. We believe that more and better use of technology can help to bridge this gap.

Clearly, much remains to be done.

Research shows that educating a girl has an enormous impact on families and entire communities. An educated woman better understands how to care for her children, getting them health care when needed and ensuring they have access to proper nutrition. An educated mother is more likely to send her own children to school, and she will stand up for the rights of her daughters. An education gives a girl a voice.

We will announce our 2015 projects very soon – please keep an eye on this space!