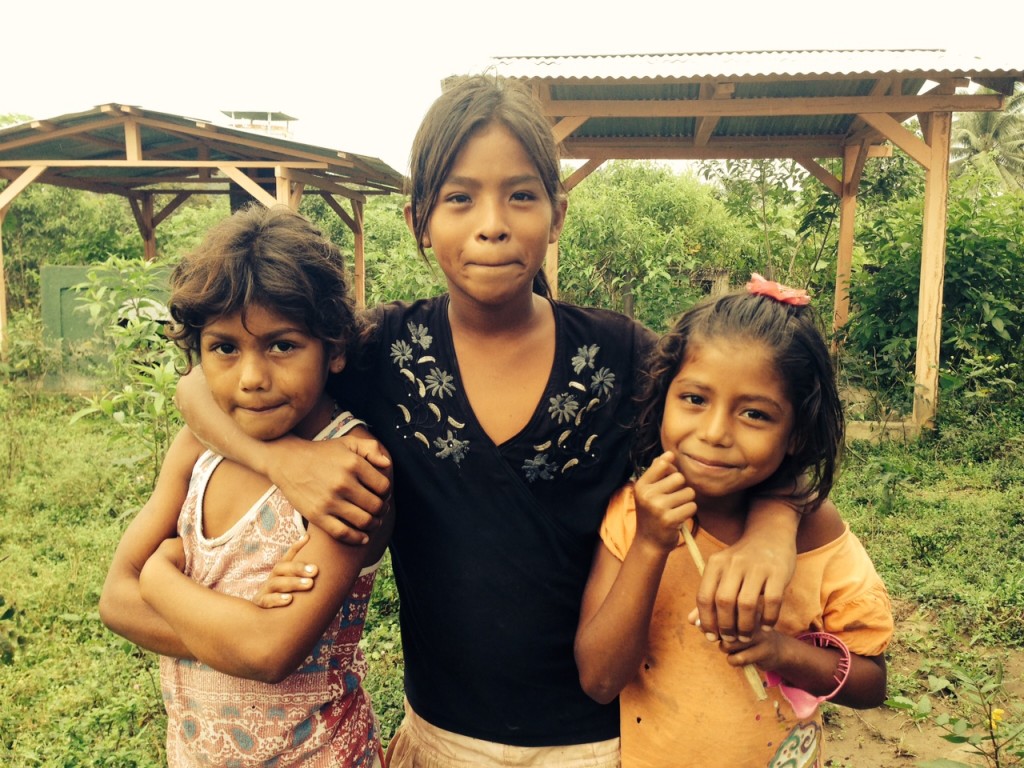 Nicaragua has a population of nearly 6 million people, 35% of whom are under the age of 15. Nearly 25% of the population over the age of 10 is illiterate – a statistic that rises to over 51% in rural areas. Poor teacher preparation, under-investment in education and a crumbling infrastructure cause 66% of all rural children who enter first grade to drop out before completing primary school. The situation is exacerbated by poor health conditions, child malnutrition and child labour, since many poor children must contribute to their family’s income.

The indigenous territory of Miskito Indian Taisbaika Kum is located in Bosawas. Known as the “lungs of Central America”, the Bosawas Biosphere Reserve is the largest tract of tropical rainforest north of the Amazon basin. The reserve is an area of great importance for the planet. Its tropical rainforest is home to hundreds of species of birds, plants, animals and insects. However, severe poverty threatens this reserve as non-indigenous people encroach upon its borders, burning down the forest to grow their crops and raise cattle.

Bosawas is one of the most remote regions of Nicaragua, reachable only after a full-day trip in a 4-wheel drive truck from Managua to Wiwili and a subsequent full-day boat trip to the indigenous village of San Andres, found at the intersection of the Coco and Bocay Rivers. Despite its remote location and the higher cost of operations there, for Change for Children (CFCA) has been working in this region for more than 15 years.

With the 60 million girls Foundation’s $100,000 investment, this project, “Education for Indigenous Girls in Bosawas”, will provide funds for labour, materials, equipment and transport to construct two secondary schools in the region in the Miskito indigenous villages of Pankawas and Aniwas. In addition, it will also provide for curriculum development and training, and the development and delivery of a ‘girls’ education promotion campaign’ to encourage girls to enter secondary school and pursue higher education. The villages of Pankawas and Aniwas currently have only primary schools and the national government shows no sign of prioritizing this region for secondary education infrastructure.

The target beneficiaries of this project are secondary school children, aged 12-17, who do not currently have access to secondary education in their home villages. Once the schools are constructed in the villages of Pankawas and Aniwas, 200 students will attend each school – two shifts per day of 4 classes of 25 students each – and receive bilingual education in both Spanish and their Miskito indigenous language. Currently, students who have completed their primary school education do not continue, as there are no resources to send them to school outside the area or in the capital city of Managua. This is especially true for girls, as their household responsibilities, coupled with fear for their safety outside the indigenous territory, keep them at home.

The indigenous territorial government of Bosawas has prioritized secondary education and economic development in an effort to improve employment opportunities for its citizens within their own territory. However, the territorial government has been forced to hire consultants and non-indigenous people to fill positions in its newly established offices, due to the fact that there are only eight people from this territory who currently hold university degrees. Improving education for girls and encouraging them to continue to secondary school and beyond will improve economic development in the area and provide a more educated workforce.

Community members will contribute land and labour to the construction of infrastructure by hauling sand from the river for use in making concrete. The indigenous government of Western Bosawas has agreed to translate curriculum materials to the Miskito language and include maintenance and repair of school infrastructure in its annual operating budget.

Why partner with Change for Children?

This project is part of a joint Change for Children and indigenous government program to prioritize education – especially for girls – in Western Bosawas. Secondary school construction is necessary to provide girls’ education in this region where only primary school infrastructure is currently provided by the national government.

CFCA has been funding school construction in marginalized indigenous communities in Central America since its inception nearly 38 years ago. In the last decade, it has constructed five schools in the Comitancillo region of Guatemala and five in the Bosawas region of Nicaragua in order to facilitate local on-site, bilingual education in these regions. In addition, building schools is a way to encourage girls’ education, since girls are rarely able to leave their houses to attend school in other villages or cities. School gardens have also been established at each of CFCA’s school sites in both countries, in order to include food sovereignty, diet diversification and improved nutrition.

Once completed, the project will be sustainable within the two communities. Together, the Nicaraguan Ministry of Education and the Municipality of Wiwili will provide the funding to cover teacher’s salaries. For its part, the indigenous government of Western Bosawas has agreed to include maintenance and repair (annual painting and concrete repair, window repair and maintenance, and desk repair and replacement) in its annual budget. Over the last six years, CFCA has successfully constructed five schools, one primary and four secondary, which continue to operate sustainably in this region with no additional contributions necessary from CFCA.